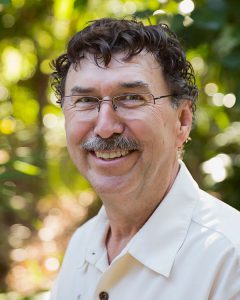 Serving his Customers and Community

Joel first moved to the Florida Keys in 1989 to join the sales and marketing team of the local radio station. He immediately became involved in the community by  joining the Jaycees, Rotary Club, Chamber of Commerce, Indian Key Festival and volunteering with other Upper Keys organizations.

In 2000, Joel and his wife moved to the Appalachian and Smoky Mountain area and he served as teacher and worship leader with area ministries and churches.  One highlight was volunteering at the Amsterdam 2000 conference with the Billy Graham organization. During this time, he produced craft shows and promoted area tourism.

Moving back to the Keys in January 2009, Joel began his career in Real Estate thus fulfilling another of his passions. He joined American Caribbean Real Estate because of the company’s care for the community, professionalism, team environment and the brokers commitment to educating and training.

Serving customers and community is what Joel is all about. He has been a company top producer multiple times. The reason for Joel’s success is his customers. Most of his real estate business comes from personal referrals. His personal slogan is “Your Realtor at Your Service.”

Joel was named Realtor of the year by the Florida Keys Board of Realtors in 2013 and most recently served as board president in 2016. He is a charter board member of the FKBR charity REAC which serves Realtors in need and other community nonprofits. He also serves on several state committees with Florida Realtors.

Passionate service to community is reflected as he continues to volunteer and serve with many organizations. Joel has had the honor to emcee and/or auctioneer for many charity organization events like Habitat for Humanity, Marrvelous Pet Rescue, and Autism Society. He currently serves on the Islamorada Chamber of Commerce Board of Directors and is their 2018 President.

Joel is married to Bonnie. They have two daughters and three grandchildren. Together they are involved with their local church and community.  Backcountry fishing and boating is a pastime Joel loves to do for relaxation. He studied Radio and Television Broadcasting at Miami Dade Community College in Miami, FL.  and Clear Creek Bible College in Pineville, KY.